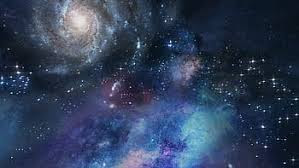 In this passage two American geographers present an exploration of Karnali Zone which they did on foot for 15 adventurous months.

In the second week of Pausha, the authors went to the Tarai to see how Karnali is economically linked with Nepalgunj. Their fellow travellers had carried medicinal herbs, hashish, hand-knit sweaters and baskets in their baskets to sell them in Nepalgunj.

As they were climbing over Hari Lekh, a Chhetri woman of thirty overtook them and asked if they were going to Nepalganj. She said that her husband left home fifteen years before, and requested the authors to send him home if he was in their villages.

In a forest at 9,000 feet, they saw some men processing silajit. They would sell it in Nepalganj. They had made a hurried trip to avoid a bad  star.Instead of processing it in their home, they were doing it on the way.

As they were climbing down, they saw some women cutting the green branches of the Sal trees to feed their goats. Almost all the trees were leafless because of this. They were not worried about soil erosion in the future, but they had to feed their animals on the very day.

When they reached the Terai, they sat besides a campfire. They heard jackals, bats and mules, and bullock carts. They had not seen a wheel apart from the Buddhist prayer wheel and a water mill for a year in the mountain.

They authors were excited to walk on the paved street and to see the vehicles. Their fellow travellers bought sweets, cotton cloth, aluminium, ironware, spice and jewellery. One of the porters bought equipment to make liquor so that he would earn a lot of money by preparing it in Jumla.

In jumla, they wanted to complete their research project. They had observed all the season and also the people living in harmony with nature. They had learned a lot and were praised by the local people. These people could not even produce enough food for them to eat. They had to also do other things to survive.

1. Write a paragraph or two to show how Karnali is linked economically with the lowland regions to the south.

Ans: Most of the people of Karnali Zone depend economically on the lowland regions to the south. They carry baskets filled with medicinal herbs, hashish, hand-kit sweaters and blankets and sell them in Nepalgunj. They also take Silajit with them to sell it there. Some of them go there to get a job. When they come home, they bring cotton cloth, aluminium, iron ware, spice and jewellery with them to sell in Karnali.

2. What does the skeletal looking sal trees indicate about the exploitation of nature? What does the reply "What can we do? The animaks must eat today" signify?

It shows their ignorance and helplessness. They are responsible for the environment damage. If they cut down the trees carelessly, the slopes will be bare and eroded. But they don't realize their mistakes.

3. Give a short account of the life of the people of Karnali.

The life of the people of Karnali is very hard. They live in harmony with nature. They cultivate the land, although it can't support them. They are also engaged in other occupations. Many of them are involved in trade. They carry medicinal herbs, hashisb, hand-knit sweaters, Silajit and blankets to sell in Nepalganj. When they return home they bring cotton cloth! aluminium ware, ironware, spice, jewelery and other necessary goods with them and they earn a living. Some of them go to the plains to look for jobs. They keep on struggling, but they are superstitious and they believe that a bad star may have evil influence on them try their best to avoid it.

4. In this description of Karnali, written in 1971, the writers had hoped that some significant change would take place in future. Now, after more than 25 years of passage of time, do you think any visible or sustantial change in the life of the people in that region has taken place? If yes, what are the changes? If not, why not in your opnion?

Even after 25 years, no sustantial change has taken place in the life of the people in Karnali Zone. A few newer schools, health posts, campuses and government offices have been made. But apart from these changes, the lifestyle of the people has remained the same for ages. There are various reasons behind this.

I think, the first and most important hindrance is its geographical structure. The hills are so steep and so high that it is very difficult and expensive to build roads there. In other equally remote areas of Nepal, roads have been built and many changes have taken place. Land in the hilly areas are not productive enough to support the people there. And they have to depend on other jobs. In spite of hard work they don't have enough foot to eat. Because of  poverty, most of the people are uneducated and can't introduce new methods of farming to raise their standard of living. They are also superstitious. Due to lack of proper education, they are making their condition worse. Those who are educated have shifted to the capital or Nepalgunj. Nobody thinks of the poor peasants there. The political leader visit their constituencies only at the time of election and win the making false promises. But afterwards they forget the place until the next election. All the plans are centrally directed and the  planners don't know the real needs of the people. Moreover, corruption is widespread among the concerned authorities. Unfortunately, the situation will be the same for years to come.

Email ThisBlogThis!Share to TwitterShare to FacebookShare to Pinterest
Tags Heritage Of Words - XII